“West Indies are short of brains but have IPL history in their ranks.” ­— Mark Nicholas

In 2016, to be a fan of West Indies cricket, you must be masochistic, nostalgic, or some sickening combination of the two. Between (re)watching YouTube clips of Malcolm Marshall eviscerating off-side stumps and combing through ‘60s-era match reports from Queens’ Park Oval, the cotemporary West Indies supporter is treated to innings defeats, false dawns, and reports of payment disputes. It becomes a depressing rhythm of sorts.

That’s what makes 2016—and today especially—so otherworldly: The West Indies are, beyond all reasonable expectations, making positive headlines. Three major tournaments have begotten three West Indian champions. From the U-19 side to the underappreciated T20 women to the men’s victory hours ago, 2016 is already the most successful West Indian cricketing year in decades—hyperbole be damned.

However, these successes have brought out a strange yet sadly predictable negativity from certain corners of the cricketing world. The U-19’s Maknad has been discussed and dissected in harsher terms than Michael Clarke’s threat to break another human’s bone. The T20 men have been pilloried for having outsized personalities and hitting too many sixes. Even the T20 women have been criticized for their celebrations. The question is, why?

Race is everywhere in sport, no matter how color blind you claim to be. We like to think that sport is a safe sphere untouched by the politics of the world, but this is foolish—the same realities and dynamics that exist beyond the boundary exist within it as well. A colleague at work made an interesting observation recently: In the public sphere, while vehement racists are nearly extinct, subtle racism is still endemic. This is true of both sport writing and commentary. When discussing black athletes, there exists a quasi-coded racialized language. Many have written about this fact. Black athletes, frequently, are typecast as arrogant, brash, and naturally gifted. Words such as “canny” or “intelligent” are infrequently used descriptors when compared to their white counterparts.

Do I think Mark Nicholas and others who have voiced similar ideas are racist? No. But I think they’re being intellectually lazy by falling back on these tropes. I am guilty of this as well. In life and sport, many of us are.

You don’t become as good at cricket as the West Indies are without intelligence. See: the final. After dropping to eleven for three, Marlon Samuels crafted a cagey innings that would have been at home in any Test match. He took calculated risks while relieving the pressure on his beleaguered side, slowly dragging the West Indies within striking distance of England’s total. But the overs were running out. As I watched, I thought that, while Samuels’ effort was valiant, it was too little, too late. I was a fool; it was calculated to set the stage for a stunning checkmate.

As Carlos Brathwaite launched the final of his four sixes into the Eden Gardens stands, I gaped in awe. We all did. Yet, to the West Indies—while thrilling—it was far from a surprise: It was all part of the plan. Cool and calculated.

END_OF_DOCUMENT_TOKEN_TO_BE_REPLACED

Windies of Change: T20, the CPL, and the Future of Cricket in the Caribbean

In 1963, CLR James predicted the genesis of T20 cricket—or, at least, that the future of cricket lay in the improvisation and controlled recklessness that we now associate with the shortest form of the game.

Eulogizing Wilton St. Hill—a well-known Trinidadian batsman from the 1920s—James recalled the vicious beauty of Hill’s technique. Facing off against a fearsome paceman, Hill “…[w]ith his shoulder well up, almost scoop[ed] up the ball, his body following through almost towards point… hurtling [the ball] over mid-off’s head.” It was a shot that James believed Hill “had never had to make…before in his life.” For Hill, if success “required the invention of a stroke on the spot, invented it would be.” Presciently, James believed Hill’s style was “where a future for big cricket lies.”

END_OF_DOCUMENT_TOKEN_TO_BE_REPLACED

Strong Start to the Season’s Second Half for Delhi 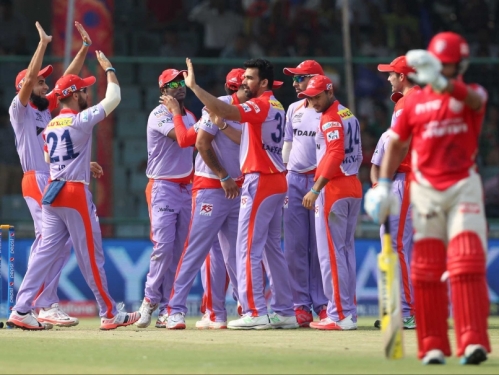 It was an early start for anyone in the United States waking up to watch the Daredevils take on Kings XI in Delhi yesterday in their 7th match of the season.  For those that root for Delhi and did manage to watch or tune in Friday morning, they were rewarded with an excellent display of cricket from the home side.   END_OF_DOCUMENT_TOKEN_TO_BE_REPLACED

Lost in all the World Cup Final news and aftermath was South African all-rounder JP Duminy’s rise to captaincy of the Delhi Daredevils. Duminy was selected by fellow South African and World Cup winning coach Gary Kirsten ahead of the likes of Yuvraj Singh. END_OF_DOCUMENT_TOKEN_TO_BE_REPLACED